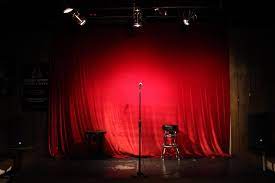 Posted by Charlie Recksieck on 2022-09-22
We recently got a question from a client: "What industry has the worst websites?"

Our answer is clear: Comedy clubs.


Why Comedy Is Unprofessional

This doesn't answer why comedy clubs have such consistently crummy websites, but it is a shockingly unprofessional industry.

I've said this before about musicians and the music industry as well, but you don't go into comedy if you could be described as organized, reliable or consistent. Going into show business is like joining the circus.

Comedy clubs, by and large, make their money by selling overpriced drinks. That's the business. Ticket sales are fine, especially if there's a household name at the club. But they grind it out by giving away free or practically-free tickets to get people in the door then hit the two-drink minimum.

Club owners are also kind of notorious. Google "comedy sexual harassment" if you want to go down an ugly rabbit hole. Back in the comedy boom of the 1980s and 1990s, it was not unheard of for clubs to ask comic if they wanted to get paid in "green or white" (cocaine). Yes, clubs aren't all out of control, but these are the people who got into the business back then and are still running clubs.

Personally, I can't explain why comedy club websites are so predominantly awful. If a site is well designed, then visitors won't get turned off and leave right away. If site performance is good, then just like in any other industry, good sites mean more income.

As a musician in my other life, I've played a lot of crummy music clubs. It's a tough, weird industry where a lot of venues routinely go out of business. So perhaps there's a feeling of any club that's still in operation that they're doing things right just by being solvent - and maybe they feel like they don't have to go the extra mile.

Also, in a major city there's probably only 2 or 3 comedy clubs in town (more than that in NYC and LA). Therefore, it's not as competitive as the restaurant business where you're competing with hundreds of restaurants in your area.

I don't feel like I've got any great explanation why comedy club sites are so bad. The point of this article is just to show them to you and let you be the judge.

Instead of cherry-picking some egregiously sketchy clubs or websites, we are going with Vulture's list of The 15 Best Comedy Clubs in North America

15. Stand Up Live - Phoenix
Our Grade: B+
Looks better than most 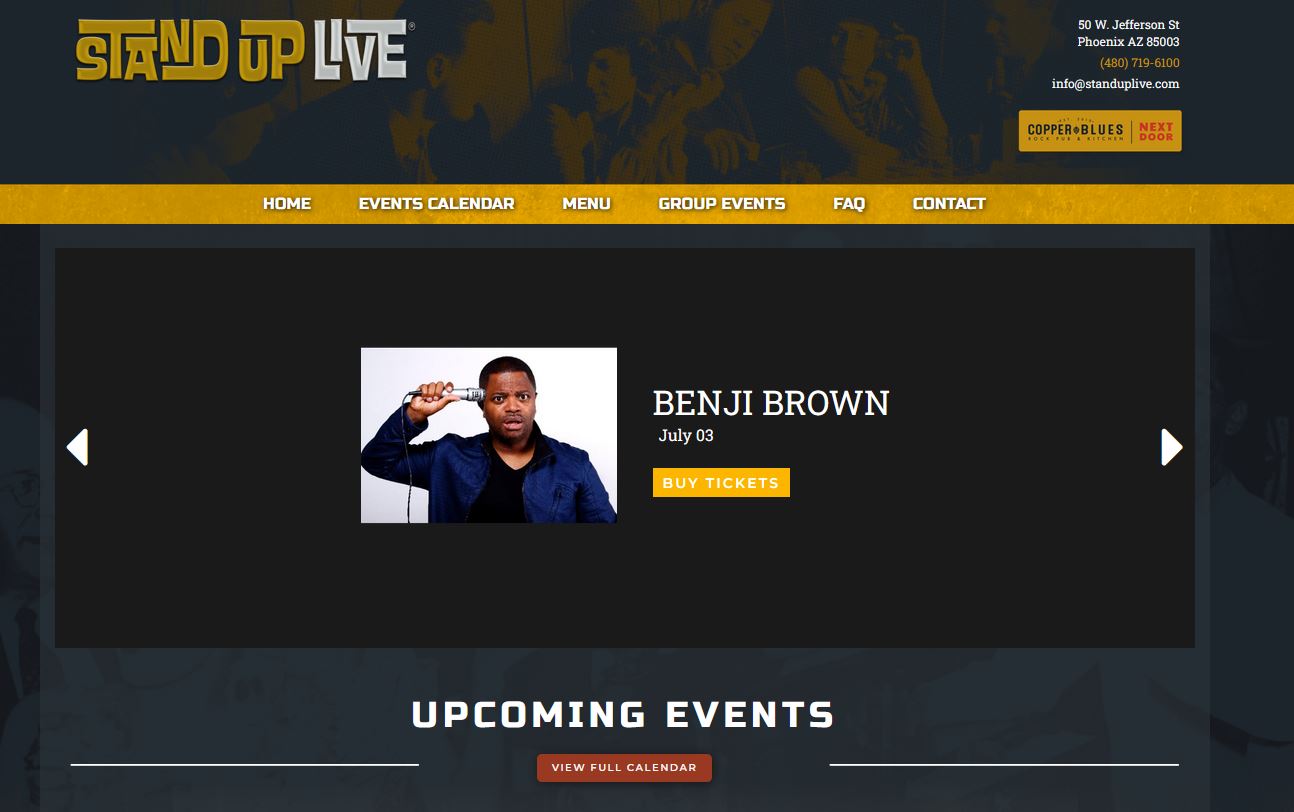 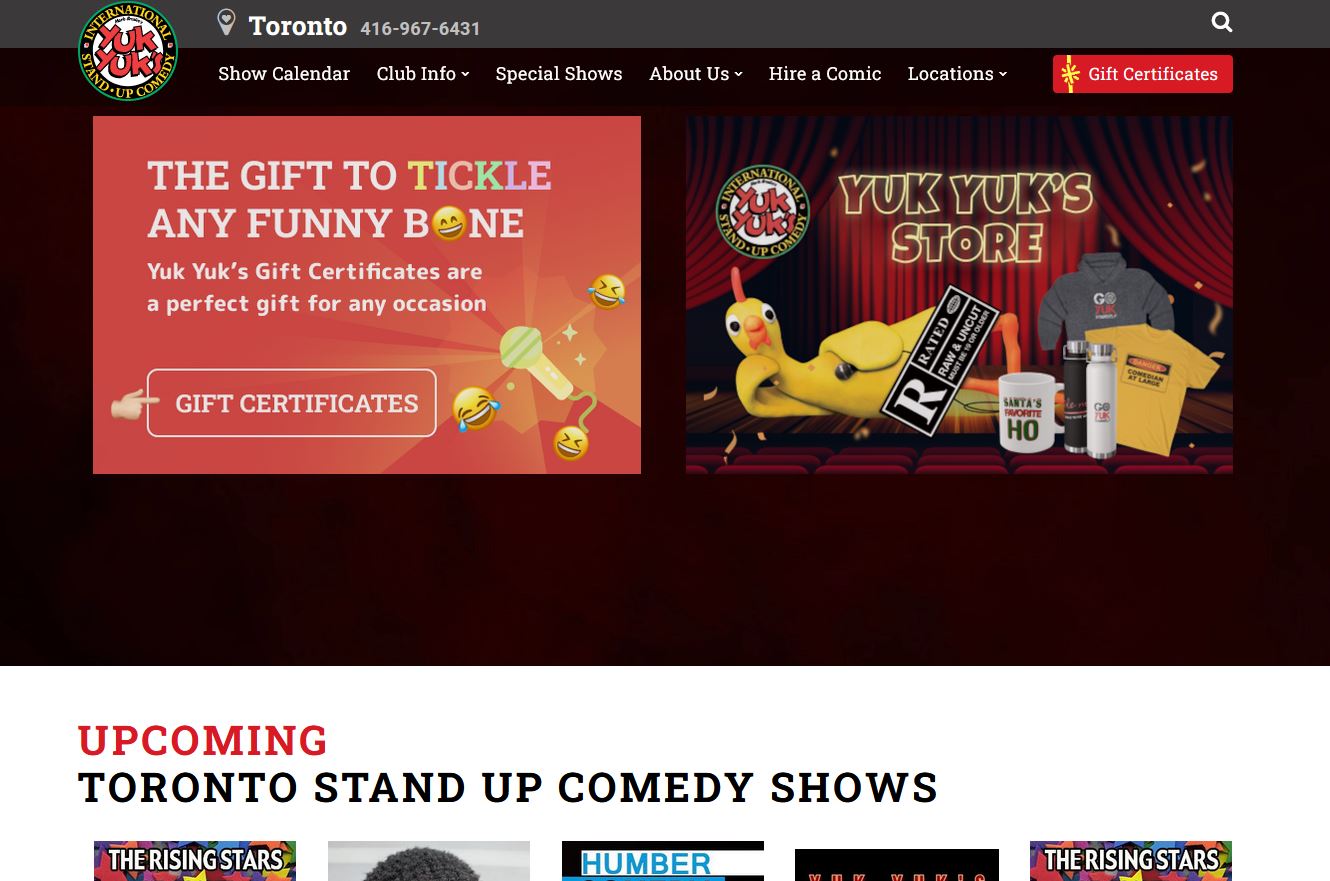 12. Helium Comedy Club - Portland, OR
Our Grade: B+
OK looking, they’ve got a live chat popup - which can be a good thing to answer questions 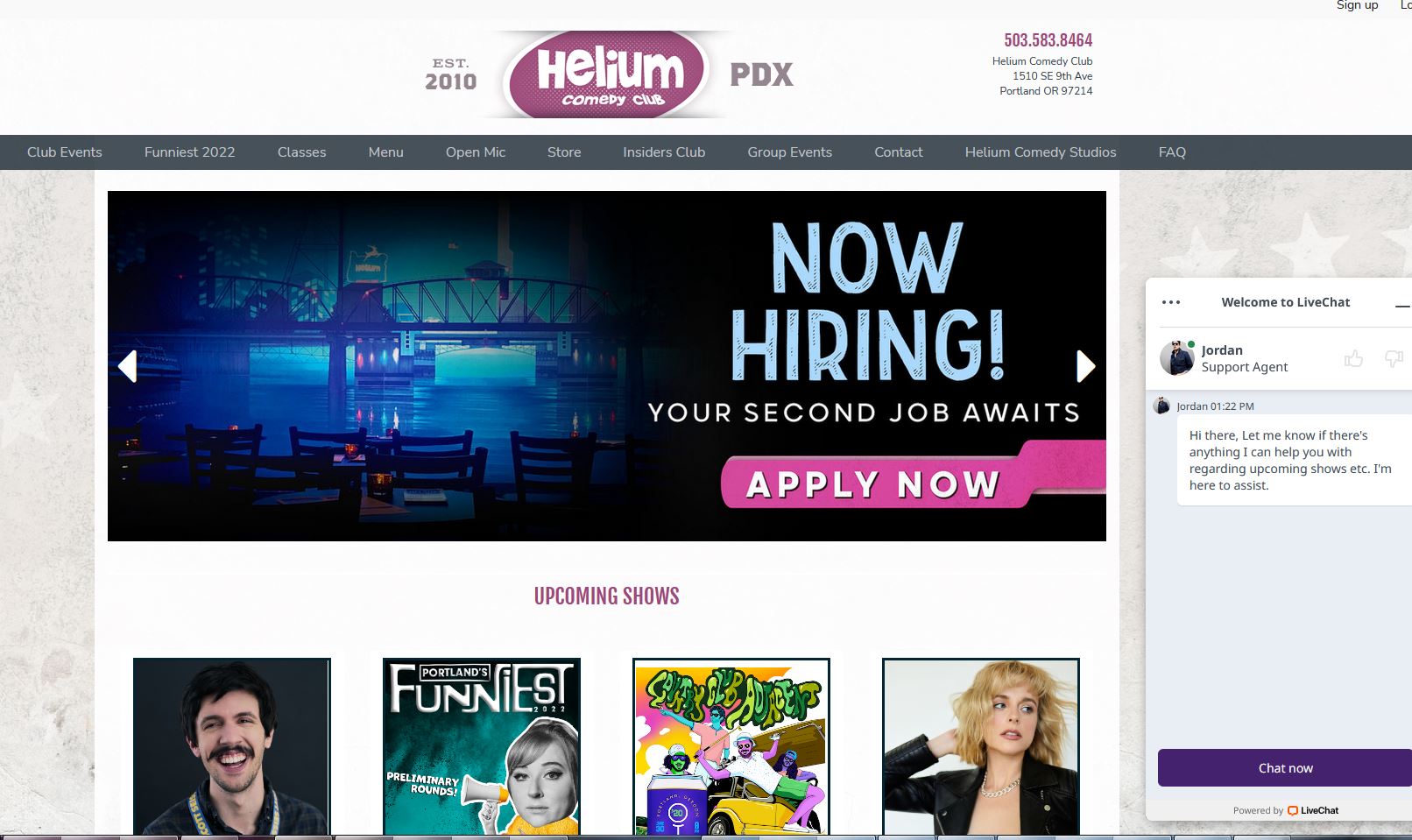 11. The Comedy Nest - Montreal
Our Grade: B+
Compared to most comedy venue sites, this looks super clean - but we're grading on a curve. 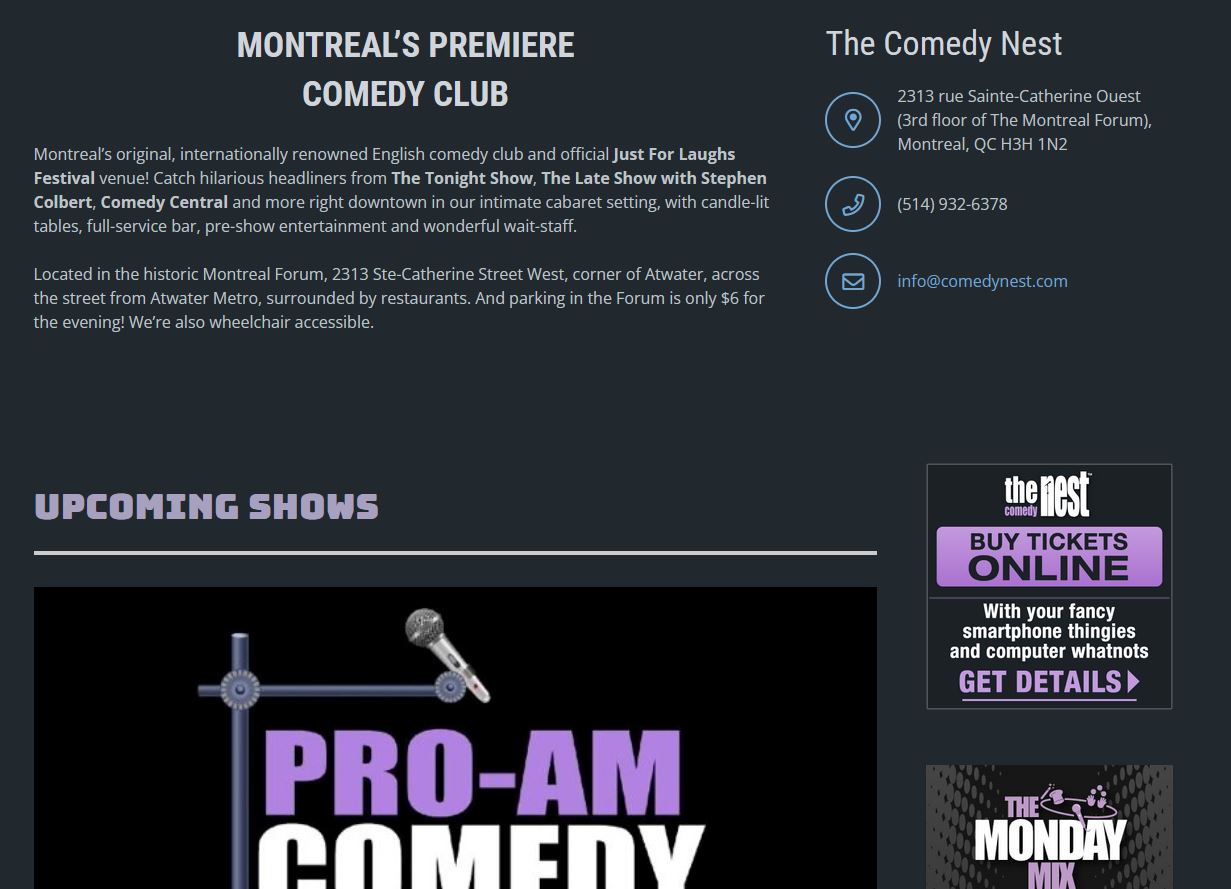 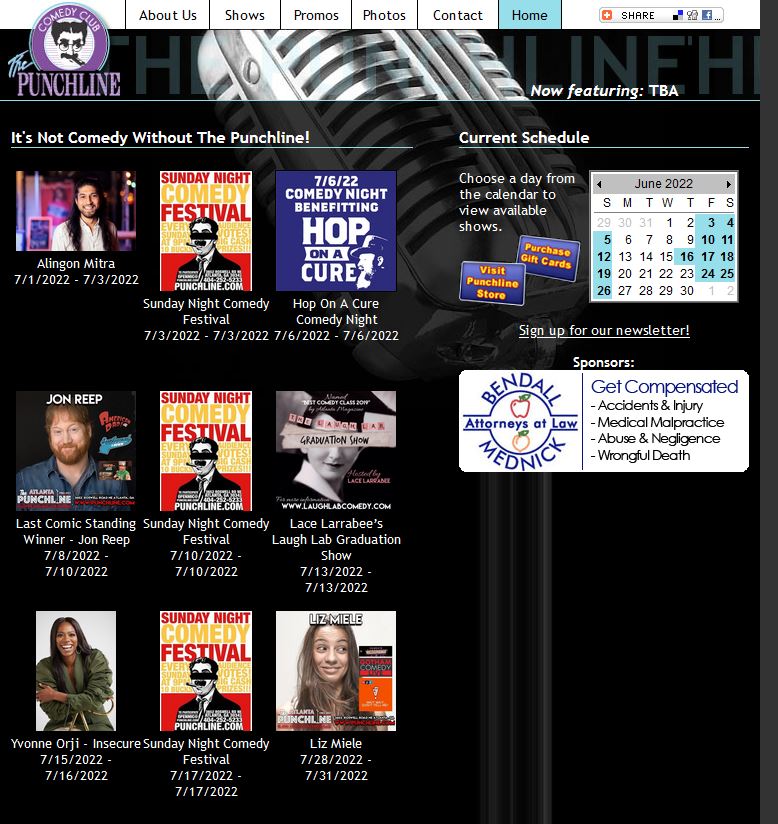 9. Cap City - Austin, TX
Our Grade: B-
I’ve seen worse but I've seen better. I would start by optimizing images better to get the page load speed down. 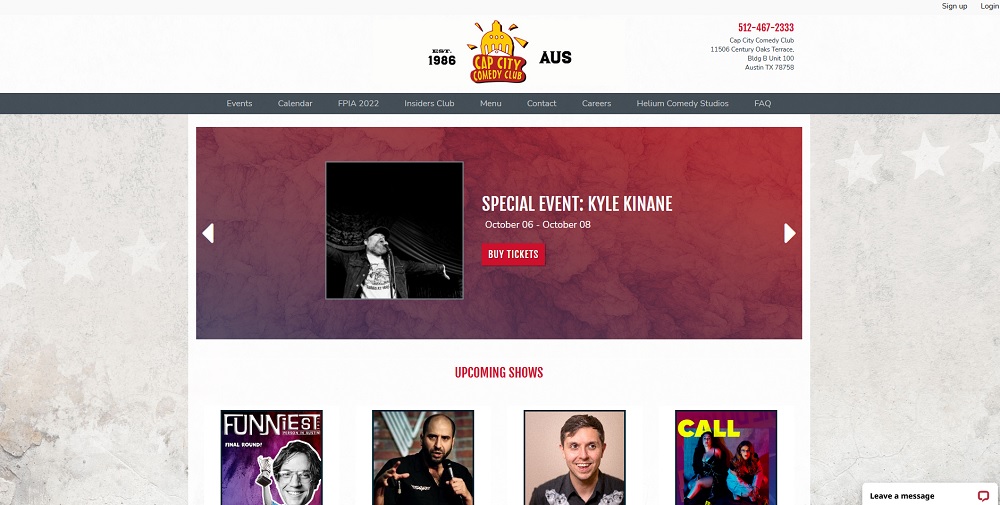 7. Zanies - Nashville
Our Grade: B-
Meh. Well optimized for mobile, though. Their scalper warning is about 20% of the page. 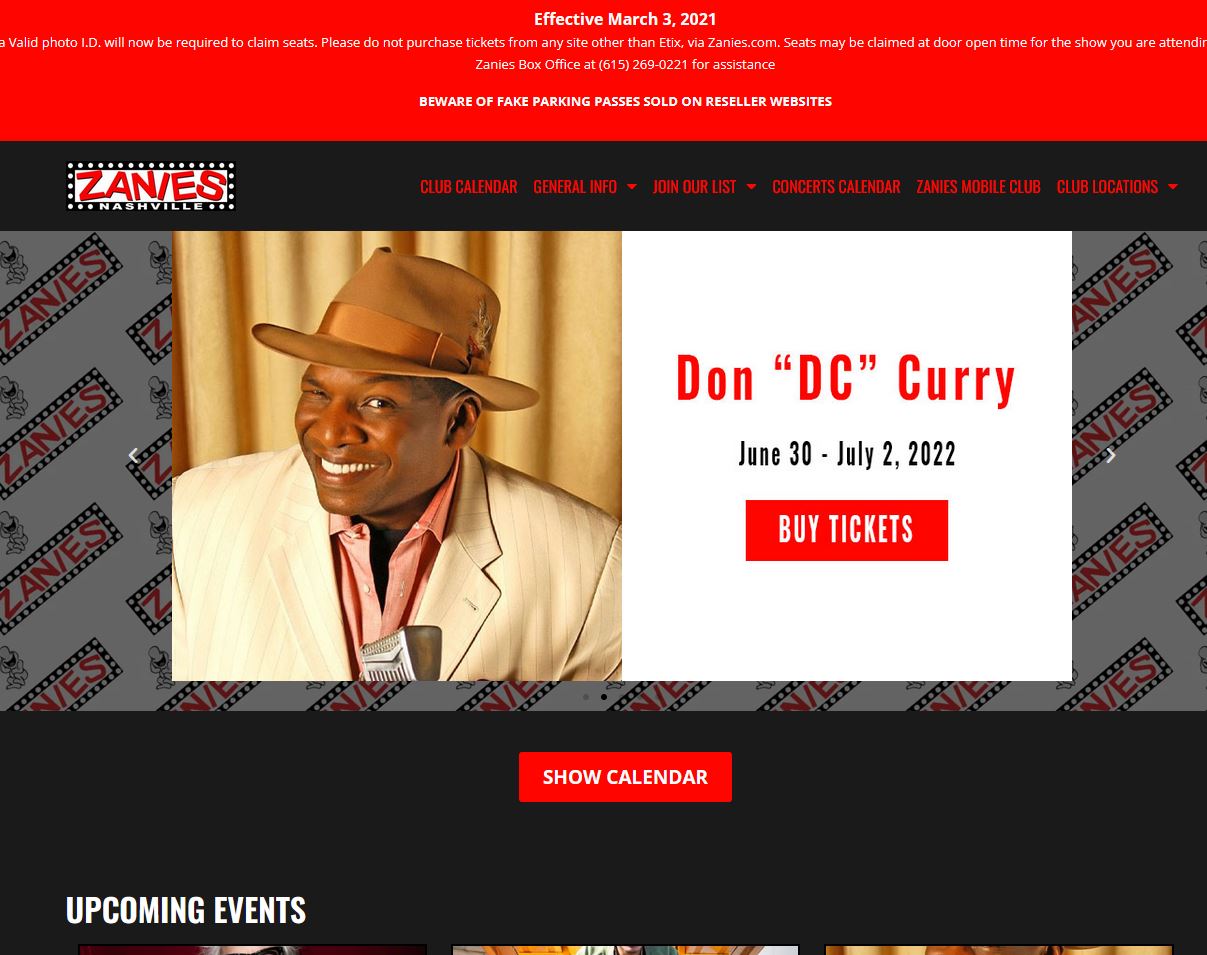 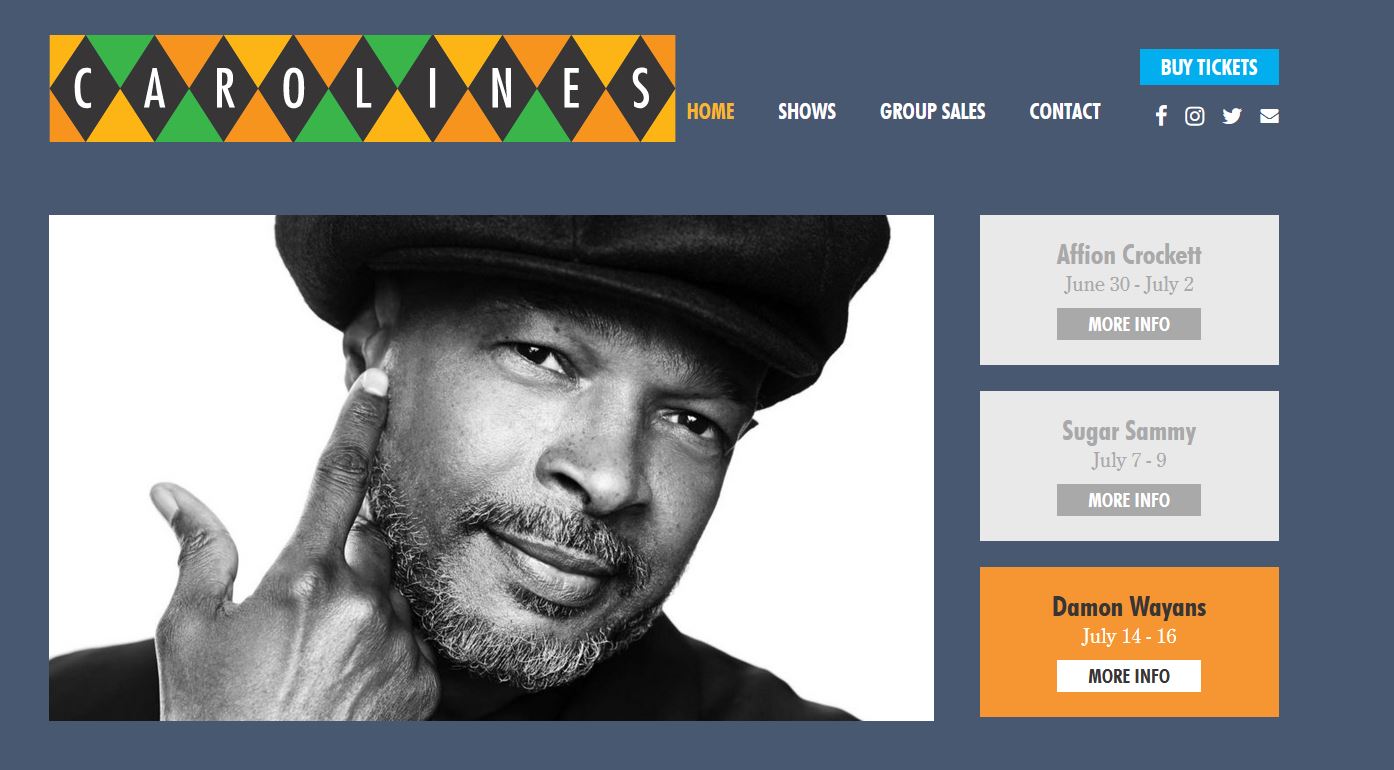 5. The Comedy Store - Los Angeles
Our Grade: C-
You might think that this looks outdated. They re-did it this year. You should see the one from a few months ago. Yikes. Optimize the photos, folks. It takes forever to load. 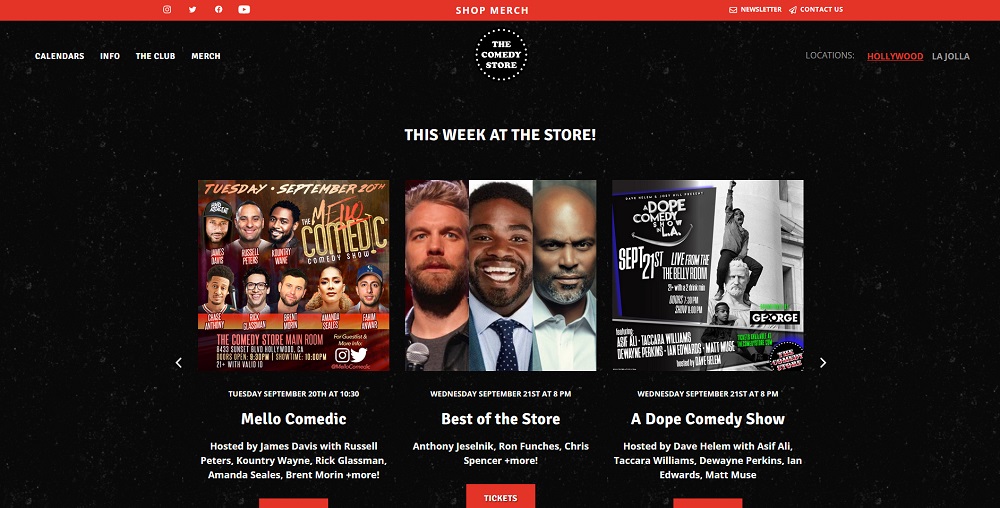 4. Comedy Works - Denver
Our Grade: B+
Again, grading on a curve for comedy sites, this is pretty good. Compared to most professional businesses, not so much. 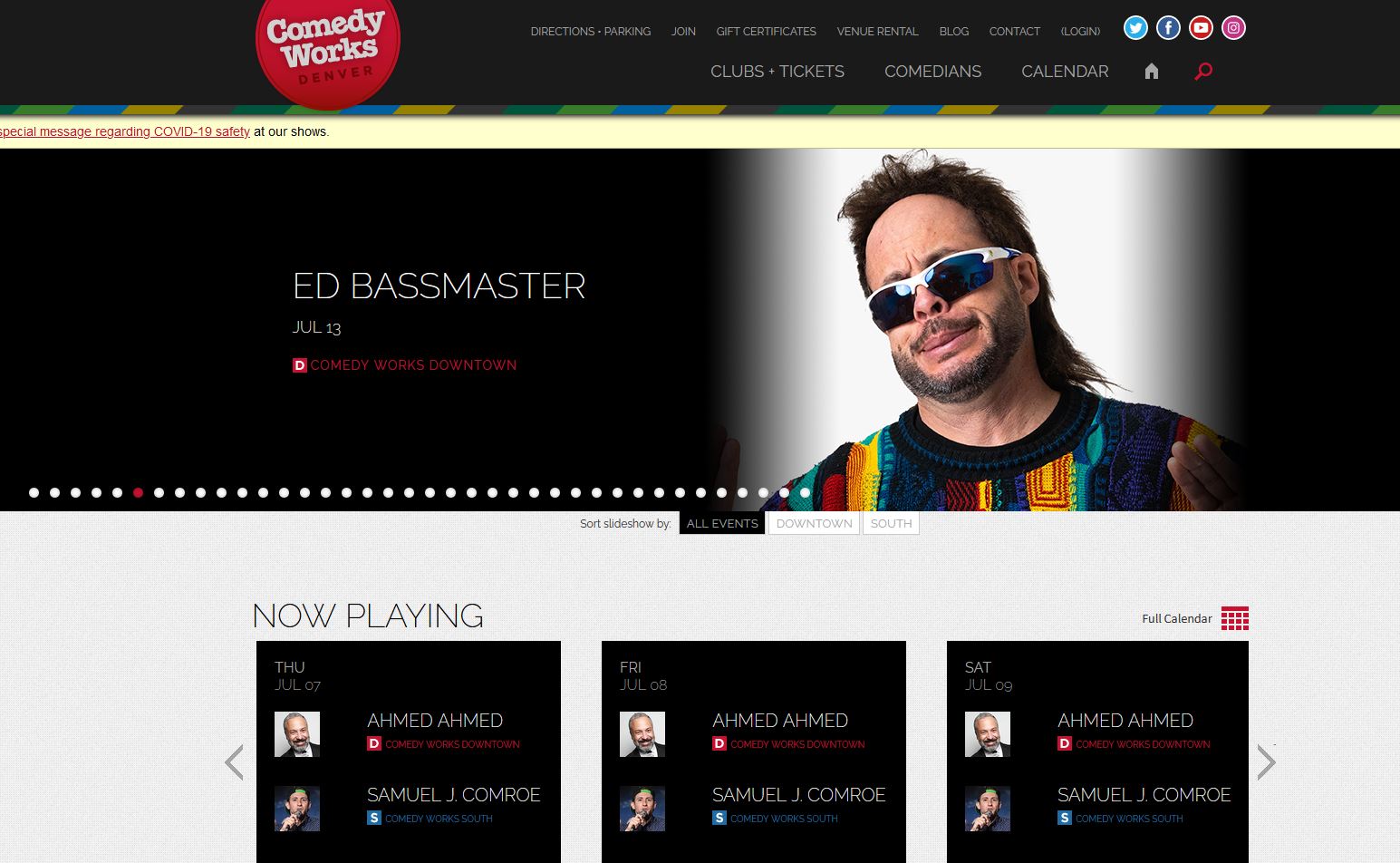 3. Punch Line - San Francisco
Our Grade: C+
As you can see, the best clubs like this don’t always have the best websites. Their design and optimization does not fare well in an online performance report.

2. The Comedy Cellar - New York City
Our Grade: C-
The Cellar is a great gritty place to see comedy. Their website is also gritty. Yes, this screen capture looks chaotic, but it loads even sloer. 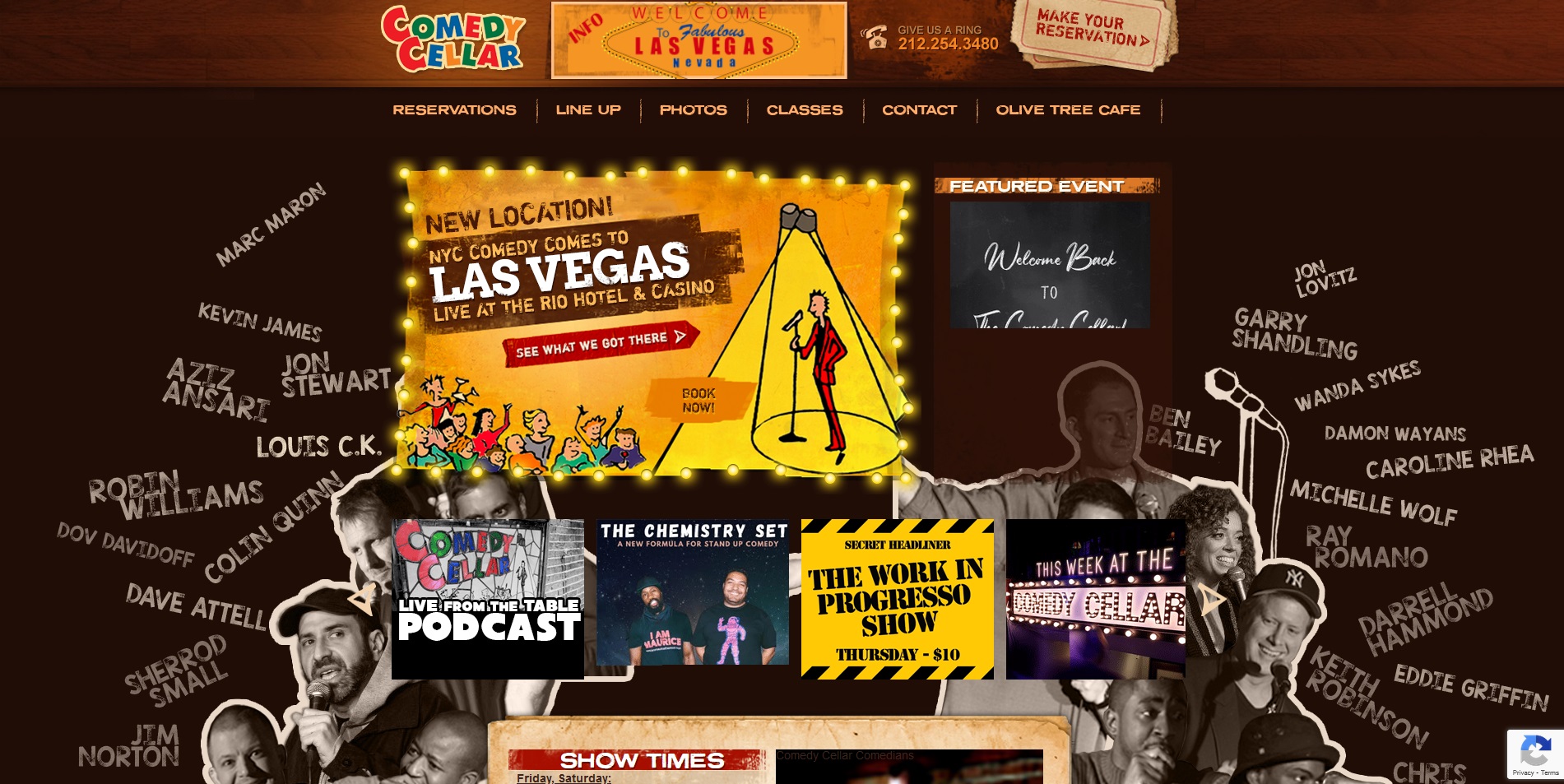 1. The Hollywood Improv - Los Angeles
Our Grade: A-
Better than most here. Finally, a comedy club site that optimizes the images and page loads quickly! 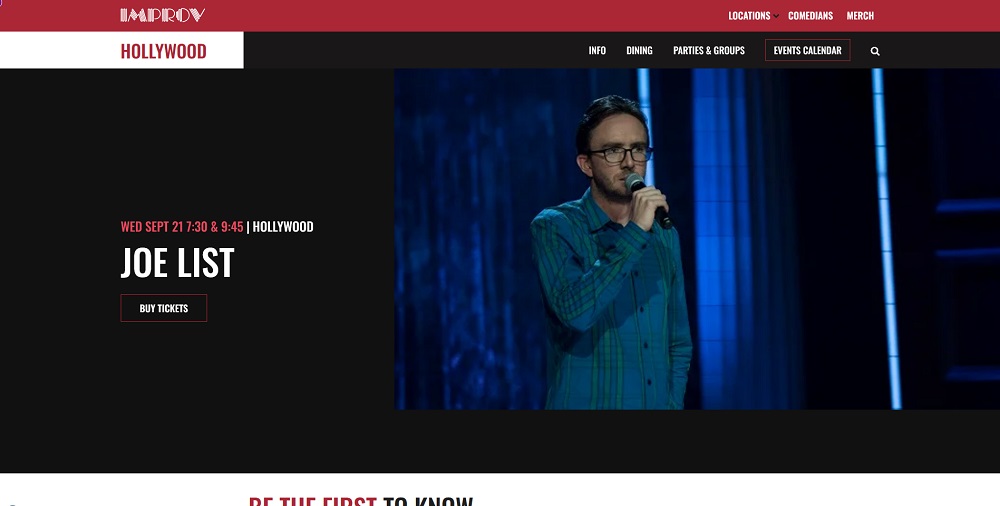 Your Site Might Be Better Than ATT, Apple, Walmart
Charlie Recksieck
2020-01-16