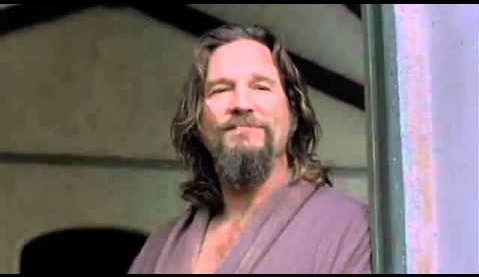 Life/Business/Software Lessons From The Big Lebowski
The Dude Abides

Posted by Charlie Recksieck on 2019-09-26
Full disclosure: I'm a huge fan of The Big Lebowski. Saw it in the theaters when it came out and I was in love. White Russians became my drink of choice (until almost went into sugar shock after drinking them all night in Vegas). A couple of people have told me I remind them of The Dude and I choose to be flattered by that.

[Author's Note: If you haven't seen The Big Lebowski or you aren't a fan, I think you can tell this is not going to be the article for you. If that's the case, we'll see you back here next week.]

Some would say that The Big Lebowski has all the answer's for life's philosophical questions. Not just me; not only are there Lebowski conventions, but the movie has spawned a quasi-religion called "Dudeism." It was actually started by a friend of mine from college, Oliver Benjamin. (If you're reading this, Oliver: Hi!) I strongly urge you to take a little time and go down this rabbit hole and read about Dudeism.

Seriously, you can treat The Big Lebowski like it's the I Ching to resolve life's mysteries. But since I wanted a fun blog post this week, I'm going to try to shoehorn some of my favorite Lebowski quotes into a format that lets us draw a few business and software lessons. Who's with me? Let's go ...

Dude: Strikes and gutters, ups and downs.
Kind of obvious, we all need to keep an even keel at our jobs. All things in business fluctuate and the future is uncertain. But if you can approach things with even 20% of The Dude's zen-like rolling with the punches attitude, you're goinna be ok.

Brandt: [responding to Bunny brazenly propositioning The Dude} Ah haha. That’s marvelous.
or
Dude: [responding to a thug holding his bowling ball asking what it is} Obviously you're not a golfer.
Two things I urge you to keep in your back pocket during meetings for when somebody says something patently ridiculous. Yes, they're pretty deep and arcane Lebowski references but not only will you crack up the Lebowski fans in the room it's also much nicer than just saying "What are you talking about?" or just "No."

Walter: You're out of your element, Donnie!
Similarly to the previous one, this is another fantasy response I would love to say in a meeting but never will. Everything that Walter says in this movie really should be in ALL CAPS, so tread lightly.

Dude: I’m saying, she needs money, man. And of course they’re going to say that they didn’t get it, because... she wants more, man! She’s got to feed the monkey
Let's not lose sight of why we all work: We need money. Or to quote Don Draper in Mad Men when after he tells Peggy "It's your job. I give you money, you give me ideas" and she complains, "You've never said 'Thank you'" he comes back with the best alltime explanation of work: "That's what the money is for!" We should all remember this when working. As long as you're not severely underpaid, you can deal with being severely underappreciated. It’s your job.

Walter: Smokey, this is not Vietnam, this is bowling. There are rules.
Bravo, Walter. There ARE rules! Especially in software, if you don't follow the rules, things break real fast.

Dude: Everything’s a f*ckin’ travesty with you, man! And what was all that sh*t about Vietnam? What the F*CK, has anything got to do with Vietnam? What the f*ck are you talking about?
Great counterpoint to the item before, Dude. This is a corollary to "When you're a hammer, everything's a nail." Your own experience is limited. Don't stay away from Javascript because you only know C#. Don't make your company's decisions simply based on "we've always done it that way."

Stranger: Sometimes you eat the bar and sometimes, well, the bar eats you.
If you're thinking that's an "Eastern thing" - far from it, dude. This is pretty much the Stranger's way of echoing Dude's strikes/gutters, ins/outs theme of duality. Two very different guys but both are the living embodiments of balance in their own ways. Stay calm and things should work out.

Dude: Yeah, well, that's just, like, your opinion, man.
The greatest counter in any argument. If the other guy can't cite some facts or prior experience to buttress his claim, it's all just opinion, man.

Auto Cop: [the Dude asks the Auto Circus Cop if there are any leads on who stole his beater car] Leads, yeah, sure. I’ll just check with the boys down at the crime lab, they’ve got four more detectives working on the case. They got us working in shifts!
My forced takeaway from this is: don't sweat the small stuff. It's patently ridiculous to stretch your resources for less important things. Most things in business and software are 80/20 things - where you spend 20% of your time well-handling 80% of the things you come up, while you spend 80% of your time on the less important, more difficult remaining 20% of things. At work, focus on your core job - don't start on the hard 20% until you've finished the important 80%.

Dude: I’m the Dude, so that's what you call me. That or, uh His Dudeness, or uh Duder, or El Duderino, if you're not into the whole brevity thing.
Let people call you whatever they want, or brand you how they want. It's not important, as long as people are already working with you or already know you.

Walter: Three thousand years of beautiful tradition, from Moses to Sandy Koufax ... YOU’RE G***AMN RIGHT I’M LIVIN’ IN THE F*CKIN’ PAST!
Don't let anybody tell you that your industry has changed 100%. It hasn't. Core principles mean a lot. And let's also stick up for institutional knowledge. A manager who's been around 30 years might be stuck in his/her old ways, but experience counts.

Dude: This is a very complicated case, Maude. You know, a lotta ins, a lotta outs, a lotta what-have-yous.
Things ARE complicated. Be careful of blanket statements. Also, when you’re in The Dude's situation, you can use this as your response when you don't know what you're talking about or don't have an answer.

The Big Lebowski: You don’t go out looking for a job dressed like that? On a weekday?
Even when I worked in a large office, I was guilty of singlehandedly destroying the dress code with my casualness, it's not a good policy. Especially with clients - you don't need to wear a suit to an engineering office where they're all wearing jeans. But you know, "dress for the job you want, not the job you have." This quote from the senior Lebowski is spot on; or to paraphrase The Dude on another situation: "No, you're not wrong"

Stranger: Take it easy, Dude. I know that you will.
Dude: Yeah, well, The Dude abides.
The movie is pretty much an exercise in zen, absurdity and misdirection (on top of just being funny). So we'll close with the same old message. Take 'er easy. When you do, you are going to be the easiest part of other people's day - that is incredibly valuable. Put another way, here's a quote from the late Harold Ramis: "Life is ridiculous, so why not be a good guy?"