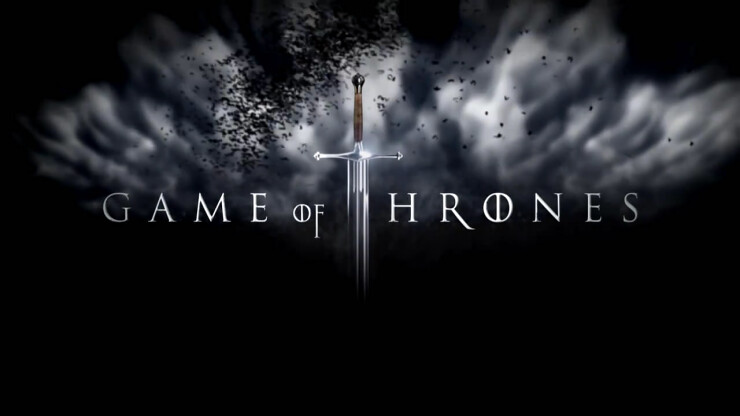 Business/Life Lessons From Game Of Thrones
Success Is Coming

Posted by Charlie Recksieck on 2019-06-20
The last episode of Game Of Thrones got me thinking about what "success" means on the show, and what that means in business, in my business (software) and in life. So, I thought: Why not make an opportunistic blog post primarily repurposing quotes from a show with dragons, a telekinetic paraplegic and shapeshifters into practical advice.

Here are my business/software/life lessons from Game Of Thrones:

Littlefinger (about "What they don't know won't hurt them"): "A stupid saying. What we don't know is usually what gets us killed"
To paraphrase Donald Rumsfeld there are "known knowns" and "unknown knowns". When starting a project, you must allow time and money in the schedule for mystery problems. Do your due diligence up front, but don't make your tight plan/schedule a straitjacket, allow for the unknown knowns. If you think this project takes 80 hours, say 100.

Tyrion: "It's easy to confuse 'what is' with 'what ought to be,' especially when 'what is' has worked out in your favor."
Just because something worked doesn't necessarily make it the right decision. It's a hard lesson to learn when almost all professional situations dictate "if it ain't broke, don't fix it." But if there's something in the back of your mind telling you this "good enough" solution might be flawed, bring it up (and the pros and cons) in a meeting and see if you can improve things.

Jaime: "No, but as long as I'm better than everyone else I suppose it doesn't matter"
Your work doesn't have to be perfect. Just better than your competitors.

Tywin: "Any man who must say, 'I am the king,' is no true king. I'll make sure you understand that when I've won your war for you."
Not only that, when you talk yourself up at a meeting or posture that you're smarter than everybody else - you do realize that everybody is making fun of you behind your back, right?

Renly: "But a man without friends is a man without power"
Tyrion: "I try to know as many people as I can. You never know which one you'll need"
This one is obvious (despite GOT's surface nihilism); friends can help you in so many ways. But let me spin this from a business perspective: There's no way you can be an expert at everything, so having outside people to use on a project, or to refer work to - is invaluable to your most important mission which is satisfying whoever is writing you a check.

Davos: "Well, if you're a famous smuggler you're not doing it right"
Keep a low profile. Especially if you're a hacker. But also, if you've got an upstart startup working on a new technology or the next big idea - stay under the radar for a while before you start drawing attention to yourself. If nobody knows what you're doing, they can't steal your idea.

Tyrion: "Just because I pay you for your services doesn't diminish our friendship."
Work friends can be the most valuable friendships in your life. While you always need to stay professional, don't get wrapped up in org chart hierarchy with the people you work with.

Doran Martell: "I believe in second chances. I don't believe in third chances"
In Dorne, Prince Doran was denigrated as a softie. I think it's nice to lean towards the kindler, gentler side of the spectrum when dealing with people at work. But after repeated bad behavior against you, don't be a sucker.

Brynden Tully: "As long as I'm standing the war is not over"
There's always a time to call time of death on a bad project, a business, a job, an idea. But if there's some reason to hope, then realize you've still got this.

Tyrion: "Never forget what you are. The rest of the world will not. Wear it like armor, and it can never be used to hurt you."
Know your lane and embrace it. Don't worry about the respect of being a master programmer, especially since most developers can get very catty about other people's code. Some of the most successful businesspeople I've ever seen have been incredibly specialized whether they're a palm tree trimmer or a logo designer.

Tywin: "A lion doesn’t concern itself with the opinion of sheep."
Don't punch down. And probably don't pay too much attention to your Twitter mentions.

Littlefinger: "Chaos isn't a pit. Chaos is a ladder."
When you've got a brutally tough project and you might be having a bad day where work feels like a clusterwhat, remind yourself that if this was easy then they would have don't it themselves and you'd be out of a job. When an assignment is difficult, everybody knows it. So when you nail it out of the park ... People. Will. Notice.

Tyrion: "A mind needs books like a sword needs a whetstone."
It's easy to get complacent in software development. You HAVE to keep reading. Whatever programming language or platform you're using right now will not be what you're using in 10 years. So unless you want to have a 5-year software career, make the time for learning.

Ygritte: "You know nothing, Jon Snow."
Arrogance is the enemy of learning. You can probably fill this one in yourself ... if you're humble and have curiosity, you've got a chance.

The show held the Iron Throne up as the coveted prize for the characters, and yet insinuated that it was a hollow, doomed pursuit. But half of the fun of the show was seeing who would get there. It seemed like whoever was bent on world domination (or at least Westeros domination) was ultimately disappointed. I take this as a warning that your business or life goals shouldn't be your form of world domination, because even if you do get there, it's not going to satisfy you. Basically, the Iron Throne is the "One Ring" from Lord Of The Rings (click for good theory).

Look at the people who "won" the Game Of Thrones, at least temporarily.

* Robert Baratheon: "I swear to you, I was never so alive as when I was winning this throne, or so dead as now that I’ve won it." Killed by a pig.
* Joffrey Baratheon: To quote his uncle Tyrion: "We’ve had vicious kings, and we’ve had idiot kings...but I don’t know if we’ve ever been cursed with a vicious idiot for a king!"
* Tommen Baratheon: Bless his heart, but he wasn't cut out for this.
* Cersei Baratheon: Even after the death of her three children, she enjoyed a short, cabernet-fueled rule despising her subjects before getting wiped out by a dragon and dying in a pile of rubble.
* Daenerys Targaryen: Wiped out tens of thousands of King's Landing's citizenry in the fog of war, losing all good faith from her advisors, then murdered by her lover/nephew.

Even for these folks who humorlessly pursued the throne, things did not end well:

* Robb Stark: Murdered at a wedding
* Littlefinger: Had a good thing going in King's Landing but his pursuit of power took him to the outer burgs of Westeros where he was sentenced to die by his protege. (In fairness, Littlefinger did have a joie de vivre, but as Varys said: "Actually, I rather enjoy him. But he would see this country burn if he could be king of the ashes.")
* Stannis Baratheon: Burned his daughter then murdered in the snow after getting his army eviscerated.
* Viserys Targaryen: Died from molten gold melting his head.
* Renly Baratheon: Killed by the smoke monster from Lost.
* Theon Greyjoy: After a terrible few years (don't ask), death was a relief for him.
* Tywin Lannister: Shot by a crossbow on the privy.

So, in terms of life lessons, I think the big takeaway is: Don't be a megalomaniac. Which got me to thinking about who actually ends up happy in Game Of Thrones: Samwell Tarly, Jon Snow, Tyrion Lannister, Arya, Sansa, Bran.

All of these people never wanted the throne. They pursued what they loved, they had a calling or a passion. Sam and his books, Arya loved to fight, Bran learning to be weird, Sansa dedicated to family, Tyrion dedicated to drinking and knowing things. While the world of Game Of Thrones ostensibly seems to be pessimistic and anarchic, where it ended up was more of a morality tale.

How could we incorporate this into our work lives? It's a cliche, but love what you do and you'll never work a day in your life. If you can somehow get paid to do what you're passionate about, then you win. That's it. You don't have to end up on the Iron Throne for validation, or be famous, or sell your app to Google for $100mil. You've already won.